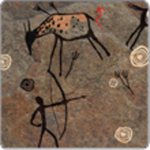 The study of food is at once a classic theme in anthropological theorizing, as well as a burgeoning field in contemporary ethnography. Some of the earliest attempts to characterize culture, or identify the minimal, “elementary” features of social life, drew inspiration from a consideration of food prohibitions. In the 19th century, and again in the middle of the 20th century, the text of Leviticus provided fodder for a host of theories—historical, symbolic, and materialist—that attempted to account for the kosher food laws this text details. The study of these same prohibitions laid the foundation for a comparative anthropology to develop arguments about totemism and taboo, each expressions of human restrictions on the category of “the edible” that are seen as foundational features of social and cultural activity. While these largely (though by no means exclusively) symbolic concerns have dominated much of the anthropology of food, ethnographers and others have also explored a host of very different concerns in the last few generations (though many of these projects also have much-earlier antecedents). The sociological capacity of food as a substance with manifold material dimensions (i.e., it must be cultivated, harvested, distributed, processed, cooked (or not), served, and consumed along with—or rigorously separated from—other foods, to cite only a few of these material considerations) allows its production and consumption to characterize, represent, and shape the relationships by means of which it is eaten. The study of feasting, food exchange, and food offerings makes powerful connections between the symbolic and social potential of food as a sociocultural form. This same potential for revealing complex interconnections has been critical to political-economic analyses of food and food systems. Whether examining the flows of labor necessary to produce global commodities; the impact of the same commodities on diet, nutrition, and the structure of meals; the shifting gendered character of the time needed for food production, and of certain foods that are meant for various persons in the household; or the changing character of class tastes, aesthetics, and wider patterns of consumption, food has proved to be a highly valuable resource—at once a lens and a touchstone—through which to trace the unfolding of capitalism’s diverse histories. In the early 21st century, scholars have returned again to the rich symbolic and material potential of food to think about an ontology of food: the kinds of “naturecultural” worlds, and the encounter between different worlds (e.g., human and other animal forms) that food reveals and embodies.